Well-known as an ingredient in traditional savoury Breton pancakes, buckwheat is an excellent source of proteins and fibres and is naturally gluten-free. Lately, buckwheat has become very popular thanks to its beneficial properties for the body. 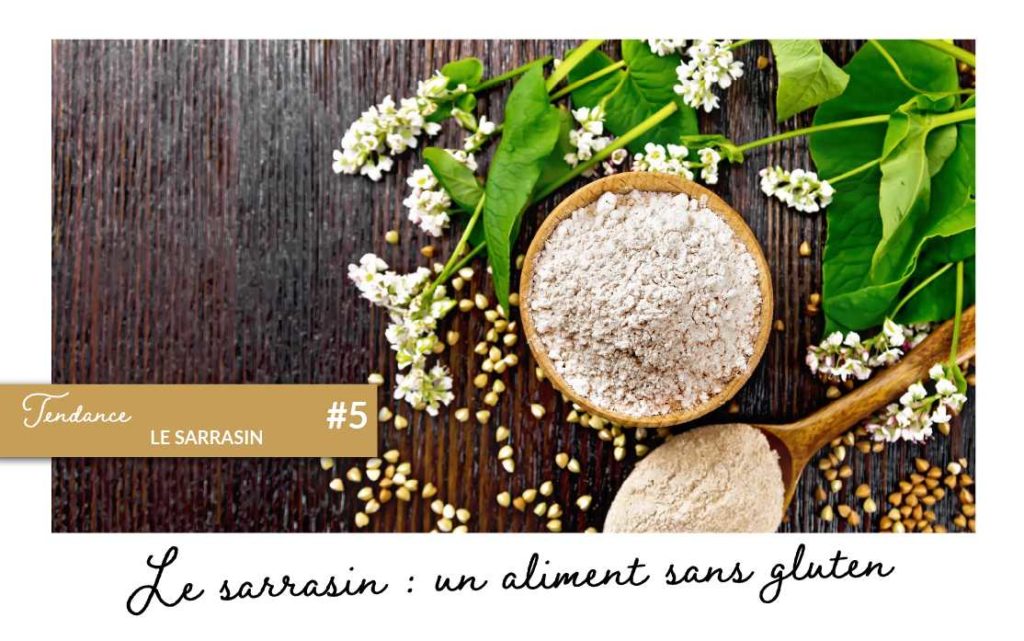 Despite the very common use of the name “black wheat” and “buckwheat”, the grain is not a grass like wheat. Buckwheat is actually a cousin to rhubarb and sorrel (the polygonaceae family).

Buckwheat originally comes from north-east Asia, China in particular. It was introduced to Europe in the 14th century through international trade. Very popular at the time, it was a plant that adapted very well to poor, acidic soil. It is a major crop in China and Eastern Europe, particularly Russia, Ukraine and Poland. This plant requires no special treatments, no fertilisers or pesticides to grow. It is very resistant to disease and suffocates weeds because it is so dense. This is why buckwheat is often farmed organically and why its flowers are a favourite for bees and pollinating insects. This plant requires well-prepared soil and clement weather.

In France, buckwheat is only grown in certain regions, specifically Brittany, Normandy, Auvergne, Limousin and the Pyrenees. The 1960s marked the height of buckwheat agriculture in France, particularly in Brittany, a region that produced a great deal of this plant. At the time, the crop covered up to 160,000 hectares in this region in western France. Today in Brittany, it only covers 4,000 hectares. Buckwheat has become a secondary crop and it is not uncommon to find it imported. Why? A lack of copper in the soil and a less profitable and less lucrative farming than other cereals like wheat, barley and corn. However, to ensure the quality of the buckwheat, the quality of the flour produced from the grain and to protect local expertise, the “Black Flour from Brittany PGI” appellation was established in 2010.

A dozen Breton flour millers are active in this industry, including the Corouge Flour Mill in Réguiny (Morbihan), which has been specialising in buckwheat flours since 1984. Over the last 2 years, the buckwheat sector in France has been facing a high risk of raw material shortages. Prices have risen sharply and it is increasingly difficult to get local supplies. French PGI and organic buckwheat is much more expensive. Despite declining local agriculture, more and more people are interested in and eating this “black wheat”. To remedy the situation and protect this sensitive crop, virtuous farming sectors are being set up.

It is now possible to find buckwheat grown as a CRC® crop, meaning “Controlled Reasoned Farming”. This sector is governed by strict specifications which guarantee constant traceability for the buckwheat, from growth to processing the grain. It is also grown using Agri-Éthique farming methods. This fair trade label supports the environment and assists farmers by setting up long-term partnerships between the different stakeholders in buckwheat farming. Finally, buckwheat is grown organically. This farming method is focused on respecting natural balances, excludes the use of chemicals and GMOs and limits the use of inputs. These three sectors have a shared ambition of promoting the production of French buckwheat.

Buckwheat’s popularity is growing continuously and it’s firstly thanks to the gluten-free, healthy food trend. Unlike wheat, buckwheat contains no gluten and is therefore ideal for people allergic to gluten, people who are intolerant and those who may be sensitive to this protein. Thanks to its digestive properties, buckwheat can be seen as a prebiotic, facilitating the growth and activity of good gut bacteria. Nevertheless, it is worth checking before you buy to make sure that the buckwheat contains no traces of gluten. At the Corouge Flour Mill, analyses are carried out whenever they receive a delivery of buckwheat, before processing begins.

Furthermore, buckwheat grain has many other nutritional qualities. Very filling, it is a great source of plant protein as it contains nearly 13g for every 100g. It contains most of the amino acids essential for the body’s good assimilation of nutrients. Buckwheat is also recommended for people suffering from diabetes because it slowly and constantly releases energy to the body, with no hypoglycaemia or sugar crash. Buckwheat is also naturally rich in fibre and very low in calories. It has anti-oxidant properties with anti-inflammatory effects that reinforce the cardiovascular system. Eating buckwheat can even prevent certain cancers !

Despite all these qualities, buckwheat is not a miracle food. To stay healthy, a varied and balanced diet is therefore essential.

In which bakery recipes can you use buckwheat ?

Famous as an ingredient in traditional savoury Breton pancakes, buckwheat can also be used in many other recipes including recipes for bread. But be careful, the lack of gluten in buckwheat flour means that it is difficult to make bread with only this flour.

It is nevertheless possible to make a 100% buckwheat bread using a sourdough starter. But the technique is completely different from that of breads made with regular flour. With no need for kneading, the dough remains liquid and doesn’t rise during baking in a mould. The flour can also be used to make patisseries, as a tart base or to make cookies, giving a delicious and light hazelnut flavour to your creations.

Buckwheat is also available in different forms: kasha (roast buckwheat grains), as a topping and also as buckwheat honey, a dark and strong honey that will fragrance your products with a lovely sweet note !